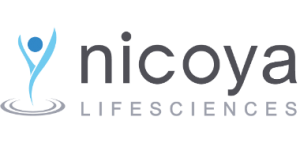 Nicoya was established in 2012 as an idea from the mind of nanotechnology graduate student, Ryan Denomme. While completing his Masters’ research at the University of Waterloo he encountered a recurring problem – researchers don’t have access to the cutting-edge technology needed to advance their discoveries. It became his goal to use nanotechnology to help reduce the cost and complexity commonly associated with scientific instruments, making them accessible to every scientist.

Currently, Nicoya is made up of 100+ passionate and talented engineers, scientists, and designers who have extensive experience working at the forefront of nanotechnology, biochemistry, and optical sensors. Located in the heart of Canada’s Silicon Valley, Nicoya is proud to call Kitchener-Waterloo it’s home base and is globally helping scientists succeed in over 40 countries.